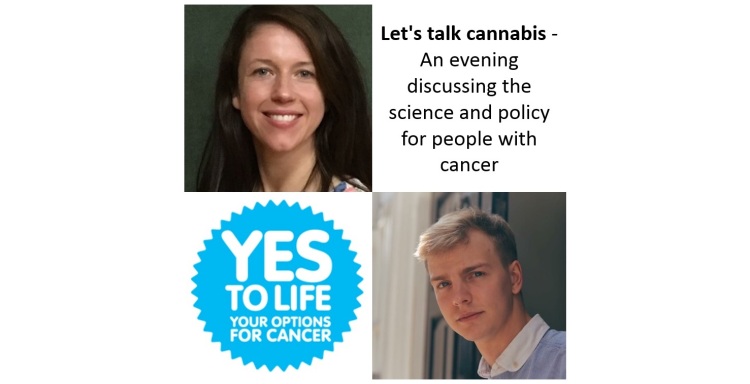 …An evening discussing the science and policy for people with cancer“.  This was an event I attended on Wednesday in London (quite a trek from where we now live but well worth the trip).  It was arranged by a cancer charity called Yes to Life which helps navigate cancer patients through the various options available them.

The evening was broadly split in two with Dr Henry Fisher giving a presentation on the legal aspects of Cannabis.

As Policy Director of a think tank called Volteface (which explores alternatives to current public policy relating to drugs), he was well placed to give an informed presentation on the legal status of Cannabis and also on that of Cannabidiol.

[Cannabis contains many “Cannabinoids” – Tetrahydrocannabinol (THC) constitutes the largest percentage of Cannabinoids found in Cannabis.  The second most common is usually Cannabidiol (CBD) – more on this when we get to “The Science Side”]

Unsurprisingly he confirmed that Cannabis itself  is a Schedule 1 drug (i.e. illegal and in the same class as cocaine and opium).  Interestingly though, international law allows for it’s use as a medicine – it’s only UK law which makes it illegal for medical usage.  There is a product called Sativex which is a Medicinal Cannabis and was placed into Schedule 4 which allows it to be prescribed as a medicine.  However, the National Institute for Health and Care Excellence (NICE) deemed that it is not cost effective, i.e. not value for money although can be prescribed privately but only for Multiple Sclerosis.

The political tide, though, appears to be changing and Henry gave the example of Professor of Neurology Mike Barnes whose review into Medicinal Cannabis was published in 2016 by the All Party Parliamentary Group for Drug Reform and concluded that there is evidence for the medical use of Cannabis – see here for an interesting article written by Mike.  In addition, the politician Paul Flynn has been moving a Bill through parliament calling for Medicinal Cannabis to be moved from Schedule 1 to Schedule 2, thereby allowing doctors to prescribe it.

Cannabis itself contains THC which is the element that makes it illegal.  Cannabidiol (CBD) is found in the Cannabis plant although it is also found in Hemp, which does not contain THC and can therefore be grown under license and sold legally.

Henry finished by giving a brief introduction to the United Patients Alliance which campaigns for a United Kingdom in which patients can legally access Medicinal Cannabis to treat chronic conditions.

The second half of the evening was given over to Saoirse O’Sullivan who is an Associate Professor at the University of Nottingham.

Saoirse and has over 15 years of experience researching Cannabinoids.  More pertinent to me personally, she is also involved with the CBD Project at the University of Nottingham and spoke about the science of Cannabis.  She began by giving a brief overview of THC and CBD as well as some of the other Cannabinoids found in Cannabis.

As well as having been used medicinally for centuries, if not longer, Cannabis was first scientifically researched by William Brooke O’Shaughnessy as far back as 1839 in relation to its therapeutic effects – Cannabis was widely used a s pain relief medication before being usurped by Asprin.

Saoirse described the Cannabis derived drugs which are currently available from those which contain just THC (e.g. Marinol), to a combination of THC and CBD (Sativex) to just CBD (Epidiolex) and those conditions they are being used on, e.g. Epilepsy and Multiple Sclerosis.  She also said that it is likely that there will soon be more versions available to treat a wider range of conditions.  A key factor in this has to do with the safety and lack of toxicity of Cannabis, meaning that it can move along the drug pipeline quicker – in particular Cannabidiol.

Cannabidiol has already had a lot of research carried out into it and is widely available. It has many useful medical properties – it is an anti-inflammatory, antioxidant, neuro-protectant, can kill cancer cells in laboratory environments etc.  Areas for research include neonatal hypoxia, cancer, psychosis, anxiety, PTSD, drug dependency and pain (although is not as effective as THC).  Saoirse also spoke about combinations of Cannabinoids and suggested that different conditions may require different combinations or even one Cannabinoid in isolation.

There was also an interesting conversation with regard to the difference between CBD from Cannabis, Hemp and Synthetically produced CBD.  Although they should have the same chemical structure and therefore the same effect, no studies have been carried out to see of they have different effects biologically although they are carrying out lab based research to look into this.

With regard to Cannabis trials in humans one was done in 2006 by Dr. Guzman (a well know Spanish Cannabis researcher) who introduced THC directly into the cancerous cells of patients with brain tumours and found that some patients survived longer than the otherwise would have. The other was the first placebo controlled clinical trial – the one I wrote about the other week.

With regard to dosing, Saoirse said that because of the lack of clinical trials , it’s not possible to give any figures.  As an example though, for treating epilepsy a typical dosage would be 500 to 1000mg per day. However, she did later go on to say that regular low doses may have an effect although, again, it remains to be studied.

With regard to administration, orally was described as the least way of taking Cannabis.  Inhalation/ rectal/ nasal/ sublingual were all described as being more effective means of getting the drug into the body.

Caution was given with regard to the purchasing of CBD.  Since it is unregulated there’s no way of knowing exactly what you’re getting.  There could also be other phytocannabinoids in some of the products available, i.e. THC!

The evening was extremely informative and I’m afraid I’ve probably really only touched on the points that I found personally interesting.  Overall I’d say that there is still much confusion over the different products available – contents of different Cannabinoids, their source (i.e. from Hemp/ Cannabis/ Synthetic sources), their manufacture etc.  There is also, clearly, much more research needed into many different issues surrounding Cannabis for medical usage. Cannabis, in the laboratory, CAN KILL CANCER cells, of that there is NO DOUBT – it’s the types/ amounts etc. of Cannabis products and their effects on different cancers that need further research and then this research needs to be taken into clinical trials.

With regard to our experience with William we give a much lower dosage than that suggested above and we give Synthetic CBD.  We also include a “break”, i.e. give it for three days then have a three day break before starting again (there is at least one research paper that suggests a possible reason for the mechanism for how this may lead to cancer cell death and there are several researchers I have spoken to who agree with the theory).

As was alluded to during the presentation though, William’s story is an individual one and we fought hard for the CBD Research to be carried out at Nottingham so as the potential mechanisms behind William’s tumour shrinkage can be investigated and other children can benefit.  Up to now though, without going down the route we have, these stories are often dismissed as just anecdotal and therefore of no scientific value.  Outside of this presentation I have been advised that this may soon change – we have given consent for William’s case to be included in a group of cases and written up into a scientific paper which will hopefully add to the call for further research and more clinical trials on Cannabis and cancer in particular… watch this space… 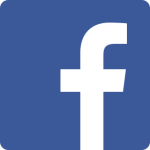